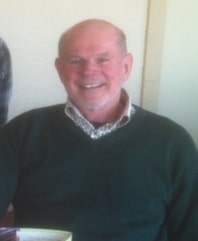 Shortly after the sinking of the RMS Titanic the major shipping nations of the world agreed that a patrol should be established to track icebergs near the shipping lanes in the North Atlantic and warn mariners of the location of dangerous icebergs. The United States Government took on that responsibility and assigned the task to the Revenue Cutter Service, the predecessor of the Coast Guard. With the exception of the two world wars, the United States Coast Guard International Ice Patrol (IIP) has provided iceberg warnings to North Atlantic mariners. Over IIP’s 100+ year history the methods of conducting the mission have changed dramatically. The first patrols were conducted by ships without the benefit of radar searching for icebergs in the foggy and rough waters of the North Atlantic. Now, IIP uses radar-equipped long-range aircraft and satellites to search for icebergs and sophisticated computer models to determine their movement. Since IIP was established, no ship that has headed IIP’s warnings has stuck an iceberg.

Don Murphy was the Chief Scientist of the United States Coast Guard International Ice Patrol (IIP) for 28 years. Prior to serving at IIP he was a research oceanographer at the United States Coast Guard Research and Development Center. Don is a native of New London, CT. He has been a resident of Stonington, CT since 1974 and a member of the Stonington Shellfish Commission since 1984. He received a BA in mathematics from Marist College, and an M.S. and Ph.D. in Oceanography from the University of Connecticut. From 1967 through 1970 he served as a surface line officer in the U. S. Navy on board USS Frank E. Evans and USS England.